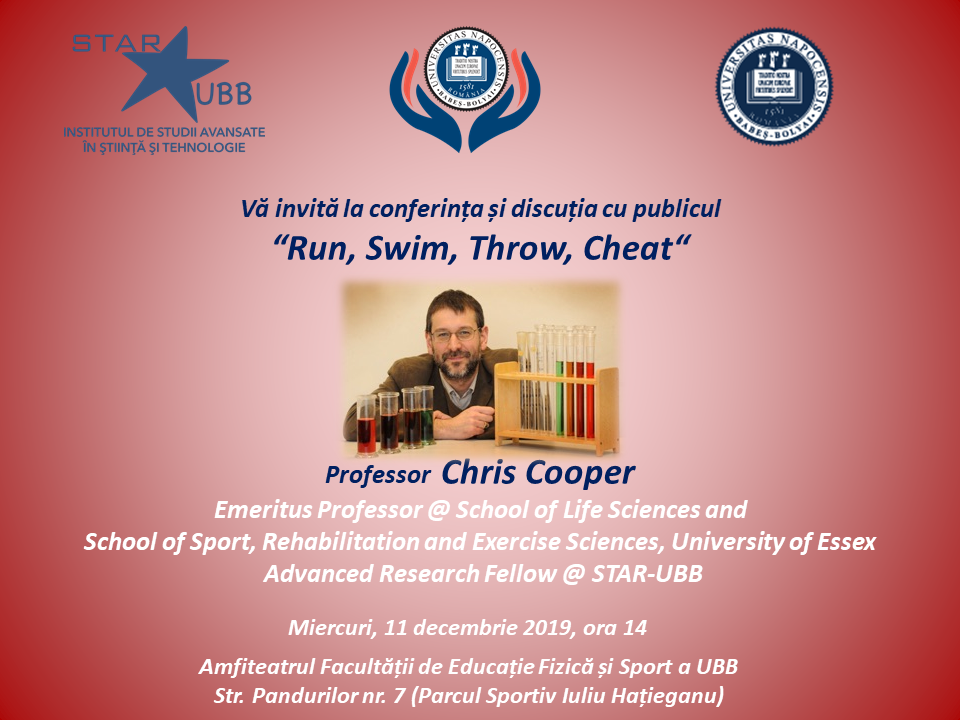 What are the limits of human performance? How fast can we run, swim or throw? Do we really need artificial biochemical aids to enhance performance? Will new drugs be discovered one day that are even better than steroids? What about the terrible treatment Romanian gymnast Andreea Răducan received at the Sydney Olympics? These questions and more will be addressed – based mostly on material gathered in prof. Cooper’s book written for Oxford University Press, “Run, Throw, Swim, Cheat”, as well as on his research and teaching experience.

Professor Cooper (Emeritus Professor at the University of Essex, Honorary Professor at University College London) is a recognized/leading expert in biomedical applications of spectroscopy (especially electron paramagnetic resonance and near-infrared vibrational spectroscopy), with a focus on those connected with heme proteins and especially globins, within the fields of oxygen-binding/transporting proteins, blood substitutes and sports science. His scientific publications have been cited ~20,000 times. Professor Cooper is also known for his involvement in bridging the gap between science and society, as a public communicator with well-received appearances in mass-media.